With an untamable lion’s mane that resembles something between the hairdo of Jack White – front man of The White Stripes, and that of Albert Einstein – but with an incredible smile on his warm face, Alan Davies enters the stage of the Arenberg Theatre. We’re instantly fans.

He starts by saying how bloody cold this country is and then says he has been walking, visiting and sight-seeing Antwerp all day to soak up the atmosphere. He is a fan of Antwerp: especially the, in his opinion, too large cathedral for such a small city. As proud residents of Antwerp, we can’t say we agree. Our cathedral is perfect! Every one - two - three meters of its height.

He goes on to ask how many of his native people there are in the audience... A few. And of course, as it is only fit for a proper Englishman, he doesn’t hesitate to also target the Irish; there’s only one sitting somewhere in the back and because he is outnumbered, he’s consequently also very shy to raise his hand. Not a sight you often see: a shy Irishman.

Alan Davies has done his homework on Belgium well. It didn’t take him long to mention the Dutch in a room full of Belgians. He asks whether there are any Dutch people present and as luck has it, there’s one sitting in the front row. ‘Such arrogance!’ says Alan and a roar of laughter fills the room. Apparently, he had performed in Amsterdam the night before and the Dutch told him that the Belgians would like it if he should say that all Dutch people are arrogant. Well, it worked!

After having scrutinized the rest of the audience, including making fun of four people sitting by themselves on the right, possibly because of a booking fail, he apologizes for calling them leprous and retarded because those are the special seats and apparently no one wants to sit there. He quickly adds that they shouldn’t take him seriously as he is a Brit and Brits are famous for singling out a minority group in order to make fun of them.

Everyone in the room has been addressed and ridiculed, therefore Alan continues with doing what Alan does best: ridiculing himself. He starts with a rather personal and painful history of his childhood and his not so responsible father. The audience holds its breath and gasps for air when he describes the ups and downs of the Davies family. Deeply touching. Perhaps a bit too deep considering this is a comedy show.

But Alan knows how to give context to a story and finishes it all off with the fact that after all these years he has convinced his father, now suffering from Alzheimer’s, to finally eat and like that jam he detested so much all of his life. "The fact is, he can’t really remember he didn’t like it before anyway, so I keep feeding it to him now. That is my revenge. It’s the little victories that count anyway."

This small nudge to the title of his show ‘Little Victories’ divides the audience into those who have noticed the wink wink and those who haven’t. There’s a small commotion when some start to clap, others hesitantly join in late because they’re not quite sure and some don’t applaud at all, presumably the four sitting on the side who haven’t quite understood the reference. And again Alan doesn’t hesitate to highlight this awkward moment: "You are a funny audience! I like your applause: it starts very hesitantly, then grows a bit larger, but not quite there yet and then, when you think it’s going to happen and you think you’re finally getting a big one, it dies a sudden and horrible death."

From his childhood memories, he then moves on to his own little family and the birth of his daughter and son. Parents and grandparents will be softened by the recognizable incidents that go with having children. Perhaps not the most relevant subject for students or young couples without the joy of those small creatures, but definitely not less amusing.

Alan’s pro tips for having and managing your children: in case you have more than one, decide in advance, before you go out of the house, which one you’re going to save in case of an emergency. That way, when a pack of dogs in the local dog park run towards your little one because he has found a big stick and start licking his small face with their big mouths and their big teeth while your other small child runs away screaming because she’s afraid of dogs, you’ll know which one to save (first).

Another gemstone: "Which way do you insert your knives into your dishwasher?" An innocent question, you may think. Not when you have children, no. Then it becomes a matter of life and death in an instant. How you may ask? Well, your daughter has a tendency to open the dishwasher (yes, also and perhaps especially when it is in full working mode) while your small boy loves to trick you into thinking he’s choking and he does so very convincingly.

What do you do as a concerned father? You run to your small, choking child to save your precious little one. In your haste and on your way over there, you step on the rotator blade of a small helicopter which goes straight through your foot. Your little bugger drops the choking act and starts screaming with joy, but before you can do anything about it, you notice the already working dishwasher with its door open. So you stumble towards it to close it, but because you are recently injured, you trip and fall. With your knees straight into the cutlery rack.

Now, the important question: do you insert your knives into your dishwasher blades up or down? As it turns out, most households don’t have a strict rule concerning this small household dilemma. Alan’s does now. 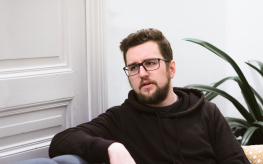 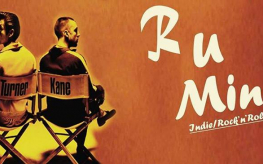 home is where the misfits are 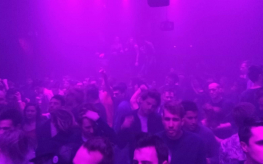 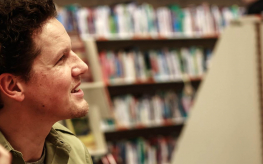 The Return Of The King