on New York, Antwerp, and beer 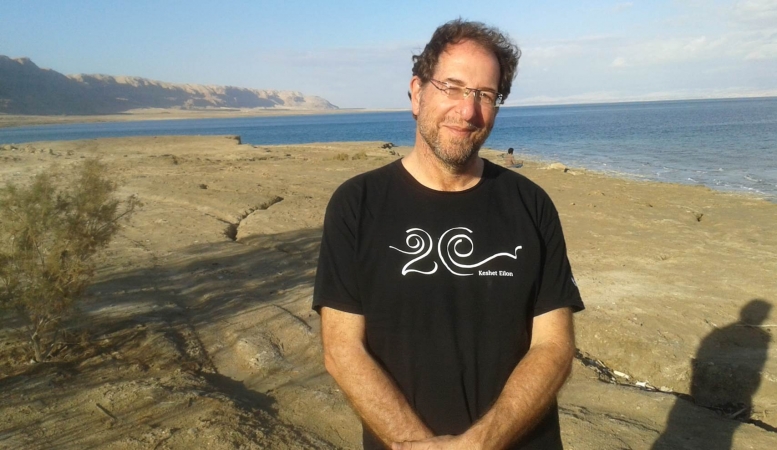 The Prof Profile shows professors like you’ve never seen them before, as people. dwars asks the questions that have been bugging students for years; “What does your lecturer eat for breakfast”, for example. Jackie Feldman, guest lecturer at the Department of Jewish Studies, gets cross-examined this month.

You're a guest lecturer from Israel. How did you end up here in Antwerp?

I knew Prof. dr. Liska from the department of Jewish Studies, and the opportunity just came up to do a sabbatical in Antwerp. I also have family roots here and my son is currently doing a PhD in Ghent, so Belgium seemed like a good choice.

From your classes I know that you have quite an interesting background, could you elaborate on that?

I was born into a modern orthodox Jewish family in New York. Our neighbors were Irish and Dominican, and all my parents' Jewish friends spoke English with an accent. They came from all corners of Europe shortly before or after the war. New York really is a patchwork of neighborhoods, which can get quite narrow sometimes.

So you felt you had to leave?

Yes, as a teenager I wanted to break out. This religious world was just too restrictive for me. When I was sixteen years old, I stopped saying my prayers. My father got furious and asked me what was wrong with me. Soon after, I left. First I went to the Netherlands and lived there for a year and when I was 22, I left for Israel.

… where you still live now, in Jerusalem.

Did you find what you were looking for?

For a while I thought so, especially in the many years when I worked as a tour guide for Christian pilgrims in Jerusalem. Since a few years, however, the space has been shrinking. People ask you: ‘Where do you belong? Are you religious or secular?’ I've been living in Jerusalem for 38 years now. It is not the place I dreamed of, but that’s not necessarily Israel’s fault. Still, it is my home. By now, I feel like a tourist when I come to New York. And sometimes I like being a tourist.

Do you see yourself as a tourist here?

As I'm actually living in Brussels and just come to Antwerp once a week to teach my course, I do feel like a tourist. I like being anonymous here. There is something nice about being in a foreign place. On top of that, my grandparents used to live in Antwerp fifty years before the Second World War. It's nice to wander on their paths and explore the city.

I like that it is so quiet in comparison. You can cross the street here without risking your life. I also appreciate the Belgian food, because it is very diverse. In cities like Brussels and Antwerpen you can get almost anything you like. I also like being with my son, who is doing his PhD about music in Ghent, and helping him out where I can.

On top of that I like the fact that everything is cheaper than in Jerusalem. Even beer is a lot cheaper. At home, a beer is about 25 shekel, which equals six euro. Here I don’t have to think twice before I order a second one (laughs).

There must be something bad about Belgium too?

The weather, definitely. The sun doesn’t come out too often. You know, it's fun to be in Belgium for a while, but I doubt I could take this weather for more than six months.

How are the students back in Israel, compared to here?

I was warned that it is a challenge to get the Belgian and European exchange students to speak. Luckily that's not the case in my class, a course about memory culture in Israel and Palestine.

Israeli students, however, have a lot more chuzpe, nerve. An Israeli student would tell you a day before the exam: “We have to learn too many articles! Can’t you take one off?” or “How come I only got 92 points? I deserve 95!” They negotiate and argue with you. They are much more outspoken, and the fact that they haven’t read anything doesn’t bother them or keep them from joining the discussion. That’s certainly a difference.

What are you currently researching?

There are three or four projects I need to finish. For example, I'm doing a comparison of tours in Jewish museums. I also do a lot of research on Holocaust memorial sites and how cultures of memory vary in different countries and contexts. A third large focus is on pilgrim groups and how they differ.

When you were a student, did you ever think of working as an academic?

I liked to read and write papers, but still, it all came rather unexpected. I was working as a tour guide in Jerusalem for many years and didn't finish my doctorate until I was 44. At one point, when the tourists stayed away because of the war, I put all my effort into writing academic articles. Eventually, it worked out and I got employed at Ben Gurion University.

What do you like to do when you're not working?

I like languages a lot, and I need to read! If I don’t read for a few days, I feel like something is missing. Also, I like to travel and cook. Indian and Chinese, occasionally some traditional Jewish food. I like to experiment with spices and herbs, and my kids and friends like my food, so that’s a relief (smiles). 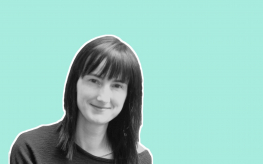 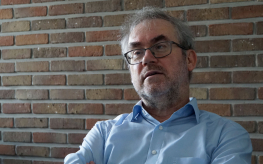 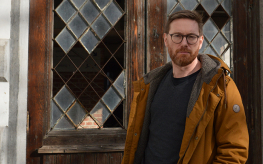 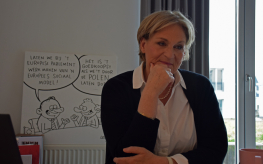 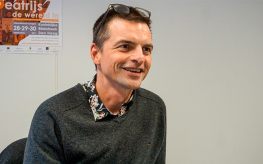 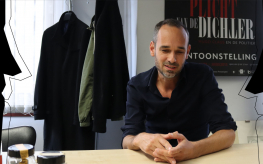