It's February; the month of purgatory where I wait for the results of my exams on the one hand and my salary from the past month on the other hand. While some of us are compensating for growing roots into their chairs a whole month by skiing in the Alps, others make ornaments from their stress-bitten nails. Me? I'm broke and I'm hungry. Eventually, the glimmering beam of fortune shines upon me and in the deep jungles of YouTube and I discover the perfect video from the bloody Gordon Ramsay. It's a soup recipe. I need to eat and I need it cheap. So what's better than something where you only need ONE (1) ingredient which also happens to be extremely cheap? Not needing food perhaps but since that's out of the question I'll accept my fate and start cooking.

Since you only need one ingredient for this too-good-to-be-true meal and no recipe can have a too simple ingredient list, I'll just add everything you actually need:

Now that we have a list, let's get to work!

When you are in dire need of buying something and don't have the money for it, the coin jar can become an amazing source of income. So the first thing I do is to count exactly 89 cents from the jar. Unfortunately I managed to put only one-cent coins into the jar so far therefore I need 89 coins to achieve my goal. I feel rich already.

Next step is going to ALDI, the heaven of cheap shit where you better not ask where it comes from or why it's so cheap. All the way in the back, at the frozen section, they sell broccolis which were probably packaged before I was even born so they also cost exactly 89 cents. So I grab the package and go to the cashier. I take out my pouch full of coins and spread it in front of the lady at the counter. It looks ridiculous. She doesn't want to count it herself so she tells me to do it. Therefore I start counting. One cent, two cents, three cents, the couple with a child behind me starts complaining and asks whether I can hurry up. Ten cents, eleven cents, the line is getting bigger and the tension rises so I try to hurry. Eighteen cents, nineteen cents, twentyone cents... Fuck. I lost count. The lady at the counter calls for one extra cash register to open, I get nervous and try to make bundles of five cents. The old woman behind the couple starts feeling dizzy, her knees tremble from waiting. Or maybe she's just having an orgasm watching someone else beside her taking his sweet time counting all those coins one by one. By the time I finally reach 89 cents, there is no one behind me anymore. Everybody went to another cashier to pay. So the lady at the counter eventually grabs the coins and lets me leave. Now we are ready to cook. 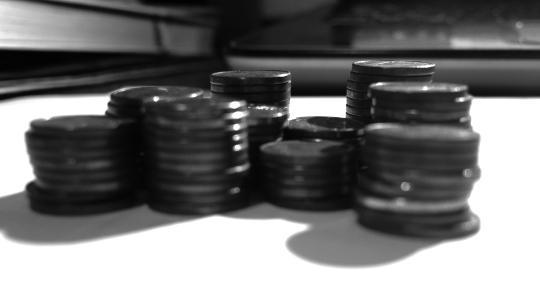 There are three important things to remember when making this soup. First is keeping the lid on the cooking pot while it's cooking. By doing so, the broccoli doesn't lose its colour and your soup doesn't remind you of that time you ate too much jellybeans and had to spend the rest of the afternoon in the bathroom. Second is to keep the correct liquid-solid ratio. Too much water, it just becomes tasteless broccoli tea, too little, it will be like your girlfriends' facemask. The best ratio is when you put the broccoli in the blender, pour the water until just two fingers under the broccoli level. It's just like pouring the perfect beer but instead of beer, it's broccoli, and there is no alcohol to forget your pain. Which brings us to the third important thing in this recipe; keeping aside the water in which you've cooked the broccoli. This can turn into quite a painful experience if you don't have a second cooking pot. If you don't have one, you are going to spill that shit everywhere, including on your pants. Have you ever poured hot coffee on your pants? Then you should know how it feels to have that nice familiar pain on your balls. So be prepared.

Anyways, what we do first is to boil the water in the pot until, yes you've guessed it, the boiling point. Here, the laws of physics come in handy so except turning on the fire and putting the water filled pot on it, you don't need to do much. When the water is boiling, add the broccoli. Then put the lid on the cooking pot. Keep it on for at least four minutes. After that, open the lid and cut one of the broccolis. The victim should be penetrated without any resistance. Like cutting through butter. If stabbing the broccoli makes you feel like you are in Dexter's breakfast routine, it's ready.

After cooking the vegetable, we pour the water into another cooking pot or a cup of some sorts. As I've said before, be careful. Don't burn yourself with the delicious broccoli stock. Put the broccoli in a blender and as mentioned above, pour the stock until two fingers under the green broccoli level. Start blending that shit by mixing it in short one second intervals first and then blend it until it's smooth as a baby's ass. I don't actually know how smooth that is but just keep the blender on until its just a nice, frim green goo. Put some salt and pepper on it and blend it a little bit further and you are ready!

Pour the soup into a nice soup plate and garnish it with a couple of olive oil droplets. It's going to look fancy as shit, and going to taste much, much stronger than you would have imagined so don't overdo it. The soup should taste like you've put cream in it. It's a great source of all sorts of vitamins, carbs and proteins and it tastes amazing. Bon-fucking-appetite! 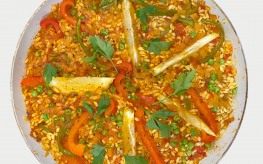 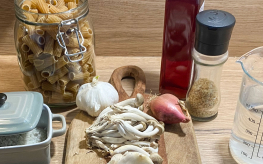 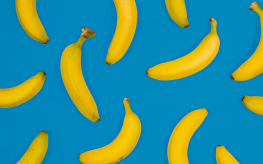 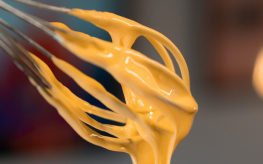 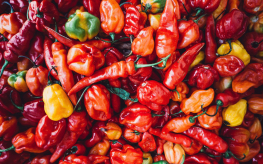 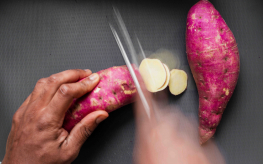