the Eurovision Song Contest from a Turkish perspective

On May 9, 11 and 13 a record number of 43 countries will be participating in the 62nd edition of the Eurovision Song Contest in Kiev, Ukraine. While a lot of different song titles and melodies pop up into our head when we hear the word Eurovision, the festival has been losing popularity in our country over the last few years. Artists like Iris (2012), Roberto Bellarossa (2013), Witloof Bay (2011) or Copycat (2009) only sound familiar to the big fans and since the introduction of the semi-finals in 2004, Belgium has only made it to the finals five times. What happened? Why do countries like Australia go wild for the festival, while a country like Belgium, that has been there from the start in 1956, keeps losing interest? Loyal Turkish fan and Eurovision expert Mustafa Fidan sheds some light on the matter.

Mustafa Fidan, who studies Spanish culture and language, has been a big fan of the festival since 2003, when his country won the contest. As it is tradition that the winning country hosts the festival the following year, the whole circus moved to Istanbul in 2004, his home city. Seeing everything happen all around him, his passion for Eurovision really started. What attracts him to the festival this much, is the multiculturality of it all: “I have been following the contest because I really love to discover new songs in European languages of all these different countries and cultures.” He even watches the national finals of the participating countries. He wrote news about the festival for a UK-based website for three years and even worked at the festival in Vienna in 2015. He still writes about the festival, but now for a Turkish website.

As of 2013, Turkey isn’t participating in the festival anymore following a decision of national broadcaster TRT, but according to Mustafa, Turkish fans still watch it every year. TRT withdrew from the contest stating that they didn’t like the automatic qualification of the 'Big Five' countries (France, Germany, Spain, United Kingdom and Italy) and the combination of jury and tele-voting. “But the real reason was to get away from any European event, so they created Turkvision instead.” In this Eurovision-inspired event only countries and regions that are Turkic-speaking and of Turkic ethnicity are allowed to participate. This includes countries like Azerbaijan, Kazakhstan and Kyrgyzstan, but countries like the Netherlands, Germany and Sweden will also be participating in the 2017 edition held in Astana, Kazakhstan. “TRT also didn’t like the gay-ish attitude of the contest”, Mustafa adds. Due to the lesbian kissing in the Finnish performance in 2013 and the appearance of Conchita Wurst in 2014, Turkey didn’t even broadcast the event, for the first time since 1973.

If there are countries involved, political voting is inevitable.

Mustafa regrets that decision: “I like international events: Eurovision, Eurobasket, Eurocup, anything about Europe. So we can get to know those countries as well, their languages, their dialects, their people and their music.” He’s not only a fan of European festivals, but also likes the concept of Europe, supports the European Union and still wishes Turkey to be a EU-member, “even if it seems impossible now.” “Europe shouldn’t forget that half of Turkey is secular and Europe-minded. Turkey has changed so much recently and the secular Turks don’t like it.”

When asked about the popularity of the festival decreasing in some countries and increasing in others, Mustafa places the responsibility on the national broadcasters: “If they promote the contest and the national finals, they reach a bigger audience”. The previous results play an important role as well: “Sweden is very good at Eurovision but the Czech Republic could qualify for the final only once”. Countries that aren’t very successful lose interest because they get demotivated. “But there is always something that can change that.” Latvia, for example, didn’t qualify five times in a row, but by improving their national selection process they did qualify for the finals, ending up in fifth place in 2015. “Thanks to better national finals, the public is able to follow the selection process much better, so they know their entries and pick the best one.”

Europe shouldn’t forget that half of Turkey is secular and Europe-minded.

That doesn’t mean that it’s all about the quality of the songs, of course politics play a role too. “If there are countries involved, political voting is inevitable. Every single international event suffers from this.” Not only the public voting is political, juries can be bought too. According to Mustafa, juries don’t make the voting more neutral: “They’re so biased, and their effect is 50 percent, which is ridiculous, 25 percent jury, 75 percent public would be better”.

and our twelve points go to …

For Belgian viewers, watching the festival could pay off this year. We should watch out for Macedonia, Serbia and Latvia, but little Belgium might have a good chance this year too. “I predict Italy or Belgium will win.” Belgium has been one of his favorites before: “I saw Loïc Nottet live in 2015. He’s the best. Not Kate Ryan”, he concludes. Loïc got Belgium a fourth place and we might get that rhythm back this year. Tune in!

"I'm gonna get that rhythm back." Good to have a photo with the Belgian representative Loic Nottet singing "Rhythm Inside" #Eurovision #Belgium 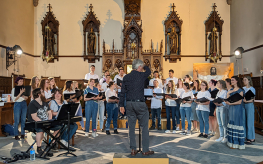 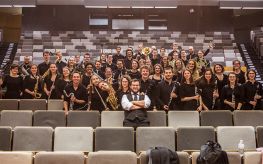 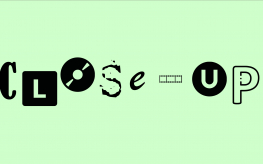 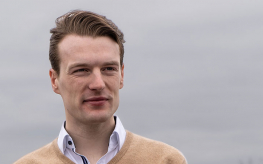